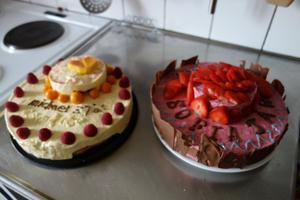 It was my birthday earlier this week (Monday the 27:th to be exact) and since my daughter Sofia had her first birthday the 21:th we had a joint celebration over the weekend. Mainly the gifts were targeted at my daughter since I am a bit to old really to get birthday gifts.

But I did get some things and among them one thing really stood out it was a poem written by what is loosely I guess a cousin to our children.

I have included it here translated to English (by me). Now the poem is I think hauntingly beautiful (even translated) but the interesting thing is that it was written by a teenager who moved to Sweden little over a year ago. This means his command of the Swedish language is less then perfect.

The poem was written in Swedish (I simply translated it to English since I tend to blog in English) which makes me wonder: How can one who write such beautiful poetry in Swedish without first excelling at the Swedish language?

This got me thinking a bit: Is poetry language agnostic? 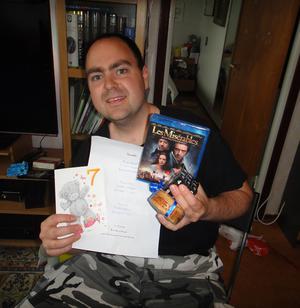 I have always claimed to be language agnostic when it comes to programming. I can program in several languages. When I was younger, and felt it made me special, I usually claimed fluency in over 30 programming languages.

Now I would never state a number today nor claim any such thing but it is probably higher since I have been exposed to more languages in my a career.

I still claim to be language agnostic and the reason for that is that I feel the actual language is not very interesting.

Instead I think that problem solving is the difficult part and where I tend to spend most of my time. When it comes to languages it is just syntax if it is braces, tabs or begin/end doesn't alter the function of the while loop or the need of it. So the difference between Python, C and Pascal are, if you ask me, pretty small.

There is one fundamental difference between some languages and that is their paradigm. For instance functional program is vastly different from imperative programming. Some thing I painfully discovered when my first university course was Haskell and I realized everything I know was wrong.

The other difference one could argue is the library and platform support but that is not really part of the language if you ask me though it will influence design choices a lot. Writing socket servers in Java is fairly different from doing it in C++ using asio due the vastly different libraries used which in many ways enforce a paradigm. 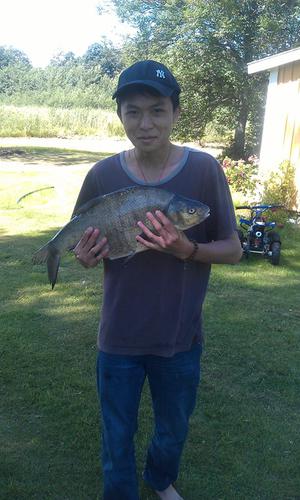 Now to return back to poetry I would like to start by saying that I do not know anything about poetry never having had the tenant for it. But when I started to think about the poem I started to wonder if perhaps the agnosticism was true for other professions as well?

Is a poet able to produce poetry in a multitude of languages and is there no connection between the beauty and the actual language used to pen it down? In other words are the actual words not beautiful?

When I look at programming I tend to solve the problem in my head then, when I feel it is right, writing down the solution is just getting it down on paper (or whiteboard), the language used does not matter.

Perhaps it is the same for a poet, a beautiful image is conjured up or discovered inside the mind and the act of writing it down is just that: describing the image.

I don't really have answers and neither am I trying to say something grand here but I thought it was an interesting question.

Regardless of the answer it is by far one of the best gifts I have ever received and it is certainly the most unique...

A big thank you to Qiqi Sun for the poem…

This is a tutorial for how to embed python correctly inside a multi threaded program. Python is a very neat language which is very easy to embed inside C++ thanks to the boost::python library. But there are some crucial parts which is missing from boost:python in regards to how to manage GIL and thread state which I introduce here. Since this is my first C++ tutorial I will include boost:thread as well as a quick hello world application as well.