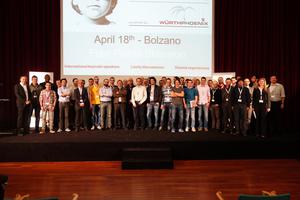 I attended the conference for the third time and as always the weather in Bolzano in conjunction with a nice conference made for a great time. I have already mentioned my experiences with the hotel in a previous post so here I will focus mainly on the conference itself and my trip. 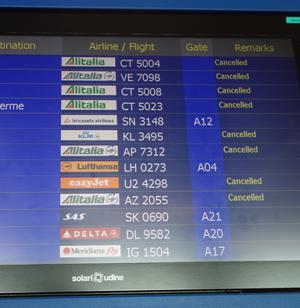 The conference from my view point started with me heading out to Arlanda airport about an hour and a half ahead of the departure time. Now due to some technical issues with all their fancy check-in computers there was a huge line and rather slow progress so all in all it took almost an hour for me to leave my bag. rather stressed I ran as fast as I could through security and arrived at the designated gate some 10 minutes prior to departure. And lo and behold my surprise when I noticed the gate was not boarding? So I quickly look at the computer screen which says Frankfurt and not Linarte. This was followed by verifying my boarding card where I notice it also says Frankfurt.

Since I was at the gate I asked the staff why I was not going to Linate and they looked in their computers to discover that my plane was canceled and I had been rerouted via Frankfurth. What I found the staggering is that no one even mentioned this at check-in.

Apart from that the trip worked out nicely and I arrived safely at my hotel around midnight. 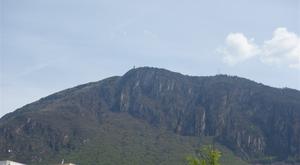 Already upon arrival the day before I had started to suspect the weather was spectacular and the next day proved this to be very true as the temperature reached 27 degrees with content sunshine I really really wished I would have had the time to spend a week there vacationing. Bolzano is as always a very beautiful place and I really enjoy it immensely.

After arriving I Since I had a spare day (just-in-case) but not much time I was planning to work most of the day which I did after some initial excursions to shop for souvenirs and to buy a new mouse since I had forgotten mine. This all seemed like a nice idea apart from the lack of AC made working at the hotel a bit difficult. 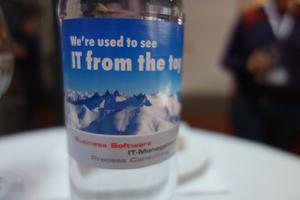 The conference itself was a rather positive surprise. I am a tech guy and find sales and management speeches rather boring so I have always been a bit surprised that they have this conference which is a bit of a mix between tech, sales and management. But this year they had some very very interesting speeches starting off very strong with a set of presentations more about open source in general and the difficulty in selling open source to corporations. 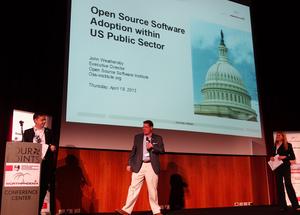 First we had John M. Weathersby who was very American, he came from New Orleans and had a rather strong southern accent and an avid proponent of Free Guns rights and defender of the second amendment. His presentation was about the difficulty in selling Open Source to the American government which was why he had formed the Open Source Software Institute to help projects with overcoming the barrier required to sell to governments. One such issue was getting openssl FIPS certified. Quite interesting stuff and an extremely positive start for this conference. 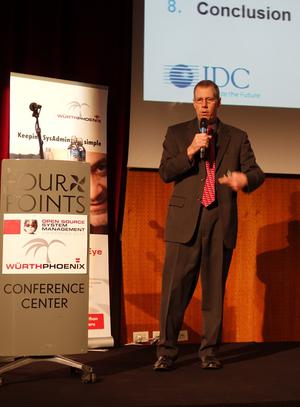 Second presentation was by Al Gillen from IDC who talked about uptake and acceptance of Open Source software with a surprisingly large focus on Open Source Management. One very interesting fact was the comparison of time it took for an Open Source Software to become accepted. Which 10-20 years ago was over 10 years but for many modern projects was now less then 2-3 years. Again I was extremely surprised of the quality of the presentations which thus far was much much better then any other Open Source Conference Management/Monitoring I have attended. 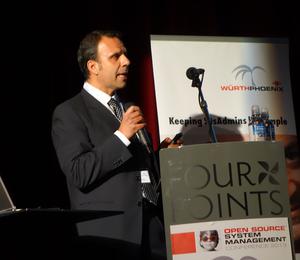 After the coffee break was a return to the normality with an Italian (Giuseppe Arrabito) speaker doing a very Italian presentation. Once he get past thanking people and doing the obligatory video advert for his company (a University), well 15 minutes into the presentation, he spoke about how they had implemented various tools (hint neteye) at the university. I think the most interesting bit from my viewpoint was the difference between Swedish universities and the university in Rome, Luleå has maybe 20.000 students if they count in all satellite campuses where as Rome has 150.000 (about twice the population of Luleå). 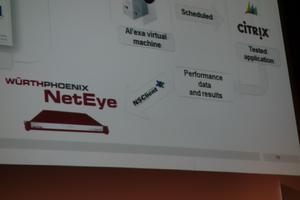 The last presentation before lunch was by my good friend Georg Kostner of Würth Phoenix. His presentation was of their user statistics toolkit which read traffic data from the network and produced metrics relating to response times and such from the end users perspective.

Quite interesting stuff but I could not help my self of thinking about an Oracle tool called Real User Experience Insight which I believe is rather similar in nature. Interestingly he plugged NSClient++ a bit as they seemed to use it a bit internally.

Next up was lunch break and some time for me to collect my stuff and make some last minute tweaks to the slides. 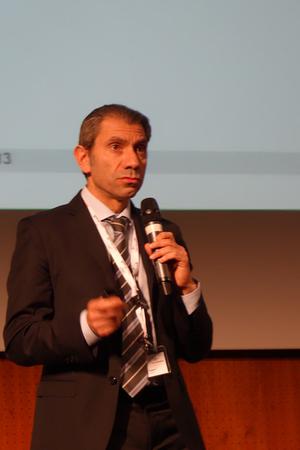 Next up was another Italian Presentation.This time by Alessio Cuppari who were from DigiCamere which I gather is the equivalence to the chamber of commerce in Italy. IN regular Italian fashion he spent almost half the presentation setting the stage by explaining what they were doing which was interesting but not really my cup of tea. The reminder was spent explaining how they implemented OTRS. 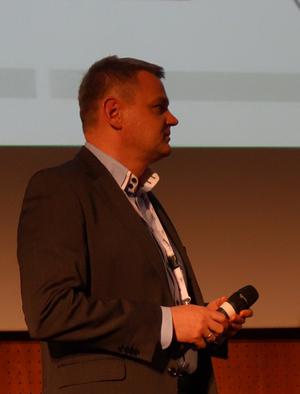 Then we had a Polish re-seller of NetEye called Grzegorz Walicki. A rather strange presentation all-in-all his message seemed to be that Poland is a nice country to outsource to. This means he spent the most part of his presentation throwing statistics and financial numbers around which is definitely no my cup of tea. 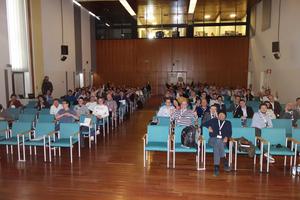 Then was me! My presentation was (I sadly have to admit) a bit of a re-run of what I did at Open Source Monitoring Conference. But for the first time I did actually get some laughs from an audience in Italy so my idea with graphical jukes worked. This is what is the biggest challenge with the Italian conference: since it is all translated to Italian and German it is very difficult to get feedback from the crowd since everything is delayed and slightly incorrect once it gets to the crowd. 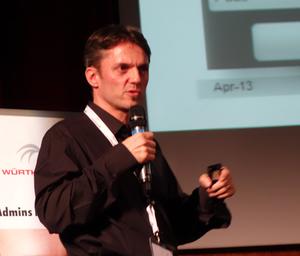 After my presentation the “NeDi guy” Remo Rickli was showing off his tool and again I was struck by how cool it is. It is strange that not more people use NeDi since it is a very capable tool with some really cool features. For those who do not know NeDi is an SNMP do-it-all tool based around inventory but it goes far beyond that. It also feature some non-SNMP based protocol as well. 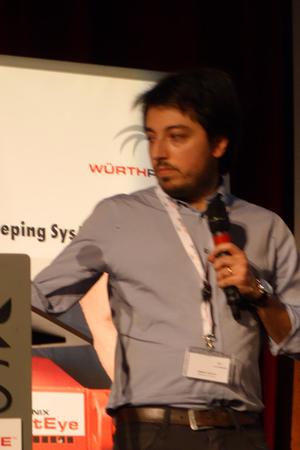 The last presentation was probably the coolest and most interesting as Stefano Traverso talked about challenges in understanding what people use the internet for and how to create tools which can predict and notify when infrastructure break down. It was insane to hear the massive amount of data they were looking at in real time.

After all the presentations were done they did a massive group photo of all the attendants (who were left). This was followed by the usual speakers dinner which was very nice indeed. And naturally the dinner was followed by the after-party where I managed to get drunk without paying for a single beer (sorry guys, I’ll make sure I will grab the first few rounds next year :)). 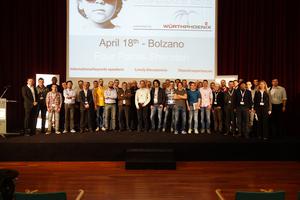 Slides and video from all presentations can be downloaded from the site here: http://www.wuerth-phoenix.com/en/solutions/system-management/neteye-conferences/the-agenda/

Trip to China: Vietnam [2/4]
Is poetry like programming: language Agnostic?

I will be presenting at Nagios World Conference North America 2013!

Just thought I'd drop a short note mentioning my presentation for NWCNA 2013 has been accepted and I will be presenting there.

The talk is (surprise surprise) about the new features of NSClient++ with a heavy focus on the up-coming 0.4.2 version which will take real-time monitoring to a whole new level.