I have been quite for a few weeks, and that is not just because I have been lazy. No in fact I have been extremely busy and will probably be for the foreseeable future. But I shall try to squeeze out some time to write the odd blog post in the new few weeks at least. So why have I been busy you ask?

Well, the reason is as the topic mentioned a bit of a family change as my second daughter was born on May 21 so excuse me if the reminder of this blog post is filled with sentimental gibberish

It was an interesting view if the Swedish health-care system. Since my girls friend apparently like nights she went into labor around eight:ish or so and just before midnight we figured maybe it is time to head over to the hospital. Arriving at the labor ward we discovered it was full. Meaning we had to wait for about an hour before we could get a room assigned. Fortunately we were not in a real rush so sitting around in the waiting room was not  much worse than sitting waiting in the room… for me that is. My girlfriend was less than thrilled about it. So an hour or so later we were allowed into our room and maybe 2 hours later after a rather event less birth my daughter was delivered in what they tell me was perfect health. I am an engineer so to me two hands, two feet, one head and some screams translates into healthy hence I would agree.

Now here comes the next interesting tidbit about health-care systems. I could sort of feel that everyone was stalling everything was “if you just wait a bit…”.

And after having spent an agonizing night/morning trying to sleep in the rather uncomfortable thing called a couch I went out and asked them out right: “How much longer till we get to the postpartum ward and the response was it is currently full we are working on finding a place for you. 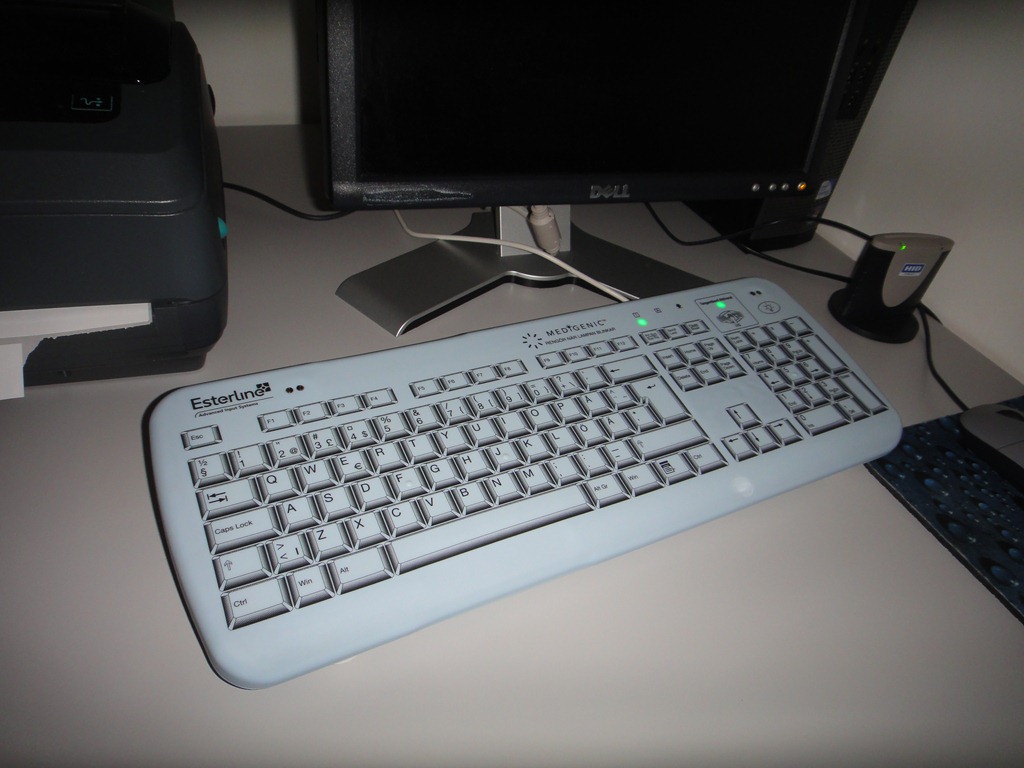 Now the irony here is that “our room” at the delivery ward has to be by far more “expensive” in terms of usability as the postpartum is just a room. The one we are in has all this fancy giving-birth-equipment. So my guess is there was someone sitting outside just like we did the night before waiting for the room we were waiting to leave. Wouldn’t it make sense to have a few extra rooms in the postpartum so they can in a pinch quickly get more room in the labor ward? Obviously not or they would have done it right?

Now to cut in a bit of a tech angle here I have to say they had the most bizar keyboard in the room. It was a rather normal easy-to-clean flat thing without any bumps. But for some bizar reason they had printed a 3-d aspect on the buttons to make them look like regular non flat keyboard… 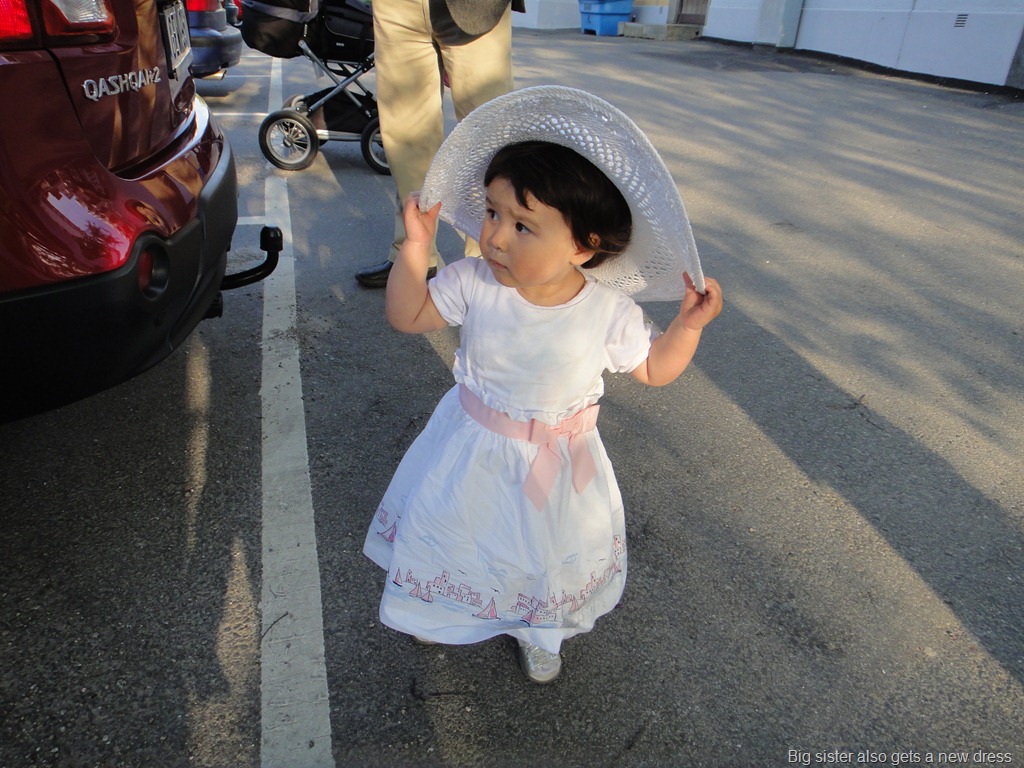 Anyways, after maybe 8-10 hours we got to transfer over to the postpartum where we spent the day and the night following. Then, as you might have expected, they sent us packing as they were…full… and needed the room…

And here comes the third chapter. 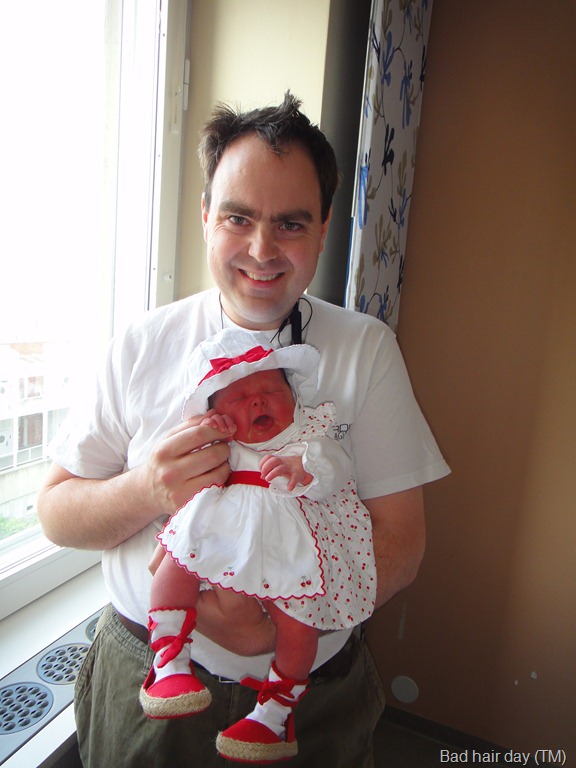 So happily we went home and I proudly dressed both my little girls in new fancy clothing's from Janie&Jack (wicked nice baby clothes BTW). The weather was nice and everyone was happy… Sorry about the hair BTW now afterwards I feel a bit embarrassed all photos of me from the hospital looks like this

Anyways next day we had a scheduled checkout so I brought out the other set of clothes I had bought from Janie&Jack and off we went. Here they discovered her readings are “not good” but we were allowed home again and set to return on Friday. Later I heard from the other doctor at the neonatal ward that her values were actually so bad she wondered why we were allowed to leave (yes, they were full again).

So again we are sent home and comes back on a new checkup on Friday when they discover that the values are very very very “not good” (read shitty)… And they sign us into the neonatal ward for first “observation” which urns into UV sun treatment and force feeding through a gavage.

And here is when life turns really shitty. 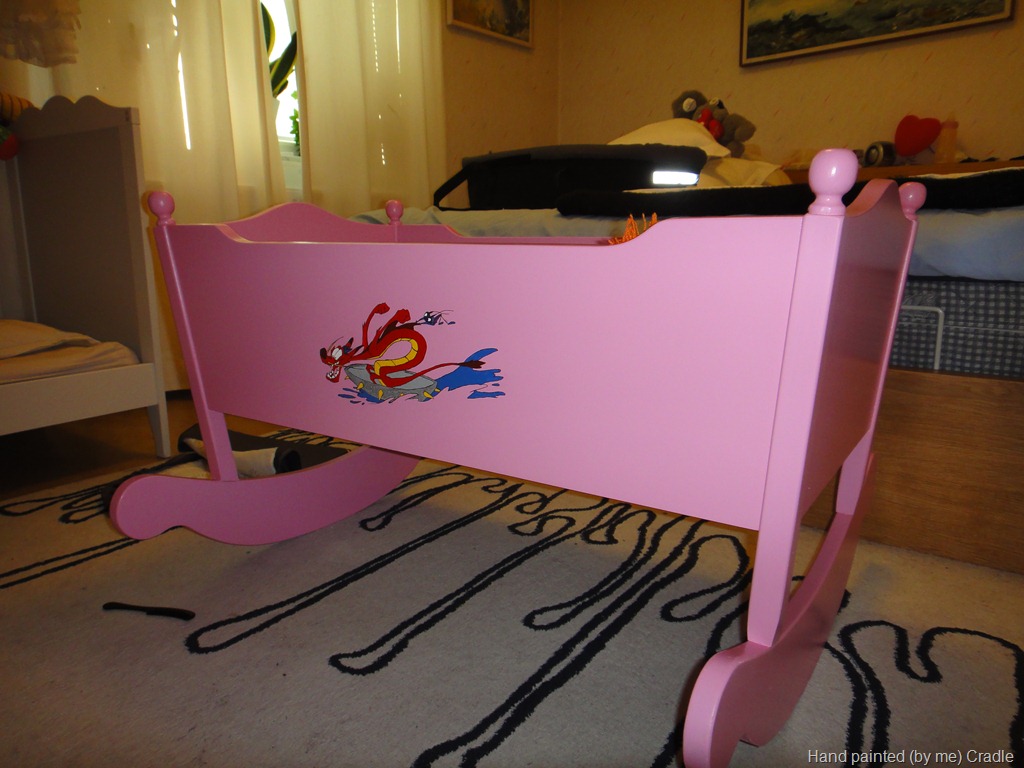 Now with the benefit of hindsight I know this is “not really critical” (apart from the fact that it took too long for her to get treatment as her blood sugar levels values were far below 2 which apparently is around where you turn comatose) but the UV treatment is common enough especially in the Nordic area and the low blood sugar is directly related as the bilirubin (which causes the Jaundice) makes them to tired to eat.

So perhaps I should not have worried too much but I have to say it really really feels horrible to spend the weekend in the hospital with your little girl connected to tubes and what not… Hopefully not something I will ever have to experience again. 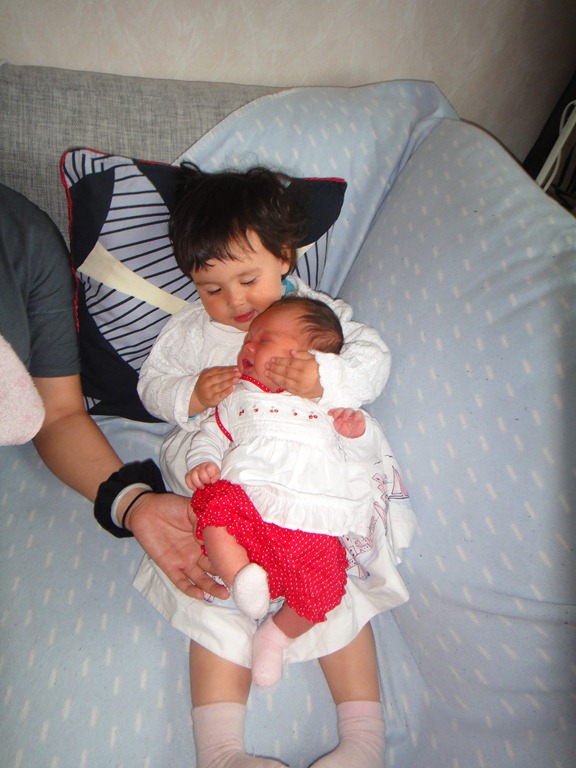 Now she is back to normal and everything is great again and life feels much better but having two little ones my computer time is quickly growing less and less.

Her name is Sophia (or Sofia we haven't signed the papers yet so spelling is not finalized) though we tend to call her mei-mei (妹妹) which is Chinese for “little sister”.

And as I said now she is doing great according to the doctors and again me being the engineer as long as she is in between the “normal-lines” on the chart I am inclined to agree! And hopefully, god willing, she will stay that way till long after I am gone!

Thumbnail 1000:s of photos on a Synology NAS (in hours not months)
What would you like to hear about?