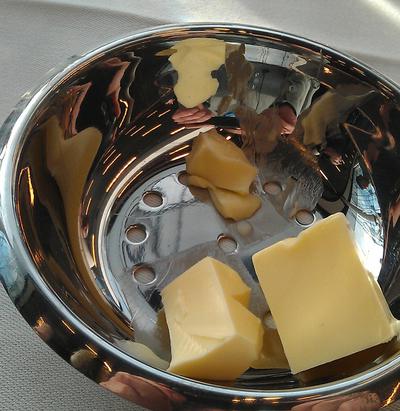 Spent three days this week at JFokus so I thought I’d share my views a bit. To be honest the conference was a bit on the lighter side and I think in hindsight I did a really botched job selecting sessions. I managed to pick both some very amazing sessions as well as a lot of introductions, sales pitches or things I already knew.

Spring into the Cloud

Josh Long and Chris Richardson from SpringSource (VMware) did a talk about Spring Foundry and Spring. Unfortunately the first half of the talk was mainly sales slides about Spring Foundry. In other words dreadfully boring and uninteresting (unless you are planning to start using Spring Foundry I guess). Second half was a bit more interesting where he detailed some “cloud related” spring technologies such as AMQP and how to handle NoSQL databases. In essence for me it was pretty much a waste of time.

*This was rated as Introduction (|Flicka|) but I would rate it as Sales pitch (|Pengar|).*

Greg Young did an amazing job both describing the patterns but also in telling fascinating and relevant stories to explain and put it all in to perspective. all in all this was one of the best session at JFokus. As an interesting side note one can add that he did the talk without using a microphone.

*This was not rated but I would rate it as Intermediate (|Ninja|).*

Enterprise Java in 2012 and Beyond

Juergen Hoeller from Spring (VMware) did another sales pitch spending a lot of time “Oracle/Java”-bashing whilst sort of (if not directly) pitching how Spring solves the slowness of Javas development process.

*This was rated as intermediate (|Ninja|) but I would rate it as Sales pitch (|Pengar|).*

A JVM Does What? 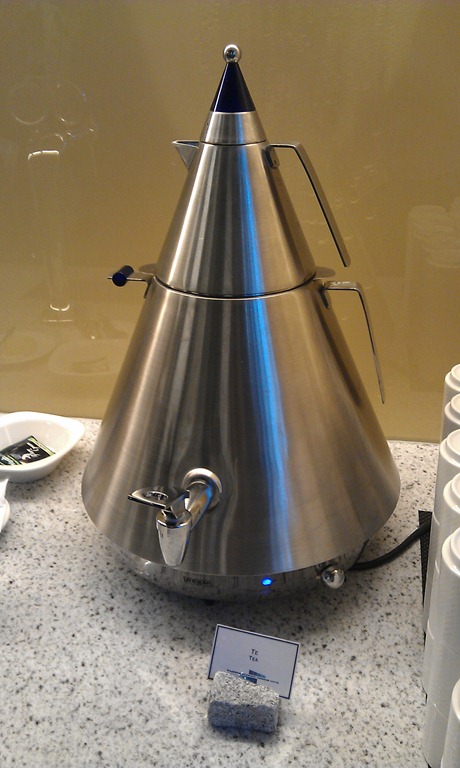 Cliff Click from Azul Systems did a great job explaining how the JVM works and some of the problems which Oracle struggles with and of course some tidbits about how Azul has improved them. All in all very interesting and excellent speaker. And with a stage name like Cliff Click how can you go wrong.

*This was rated as intermediate (|Ninja|) and I would agree.*

Maven vs Gradle, On your marks, get set, go!

Hardy Ferentschik from Red Hat did a great job explaining both how Maven and Gradle works but also the problems of both of them. This was a very good session without any real favor either way (though they had opted for Gradle after giving up on Maven).

*This was rated as introduction (|Flicka|) and I would agree.*

Dalibor Topic from Oracle did a pretty ok job trying to explain the Java road map. Unfortunately this is nothing new and most of it this was essentially just another sales pitch thing without any real development content. Towards the end he actually showed some code in the form of Lambdas and what not but given all the hype we have seen it many times before (also pretty much all other languages already has them in some form or another so the concept is not very new either).

*This was rated as intermediate (|Ninja|) but I would rate it as Sales pitch (|Pengar|).*

Johan Haleby from Jayway did a pretty decent job explaining Awaitility a java framework for introducing waits into unit tests. Unfortunately this was a strange extremely short “coffee session” and with only 15 minutes he did not have time to go too deep. I would have loved for him to continue sharing some real world insight into unit testing and how to solve real works problems.

*This was rated as introduction (|Flicka|) something I would agree with.*

*This was rated as intermediate (|Ninja|) but I would rate this as introduction (|Flicka|).*

Matt Raible from Raible Designs did great job explaining some thoughts about choosing a web frame-work. Not really sure what the take away was as he was all over the place but it was interesting. Not sure about rating nothing was very advanced so I am sort of doubting the intermediate score but it was not really an introduction either.

*This was rated as intermediate (|Ninja|) and I am unsure how to rate this.* 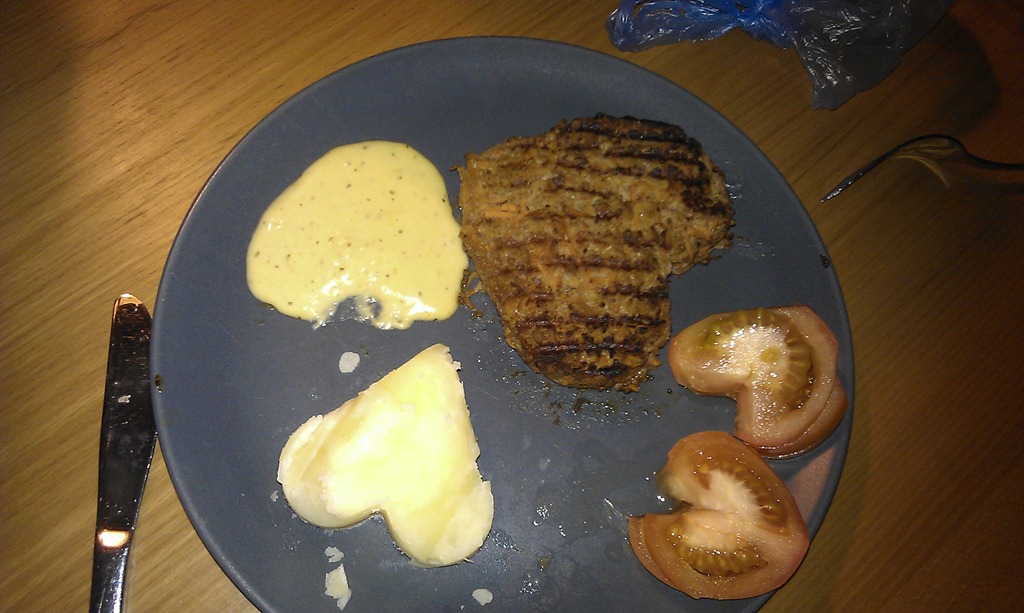 Neal Ford from ThoughtWorks, Inc did a great job introducing functional programming and what is different. But I took the required course on Haskell at the university so I have already been introduced to Functional programming. This session would probably be very very interesting if you have never programmed Functional before. And I know at the university this was really a game changer for me, I usually claim Haskell as the most insightful course at the university. Fortunately Neal Ford is a both skilled and amusing presenter so it was a very enlightening talk. Now how someone can rate an “introduction to …” as intermediate is beyond me.

*This was rated as intermediate (|Ninja|) but I would rate this as introduction (|Flicka|).*

Glenn Bech from Inmeta Consulting AS did a quick introduction to the various problems you face when you write programs which has to work on all the different Android devices out there. As Android comes on everything from cheep phones which very low resolution screens to big tablets with very high-resolution screen.

*This was rated as intermediate (|Ninja|) and I am unsure how to rate this.*

The Art of (Java) Benchmarking

Cliff Click from Azul Systems did another nice presentation describing some of the challenges making Java benchmarks. Mainly the problem is the rather erratic and unexpected behavior of JIT compilation which turns many benchmarks into nothingness. Very interesting and very insightful and as with his previous presentation very nicely presented. The ending was amazing, he might have told a joke, but no one got it and silence spread throughout the crowd for several minutes and whilst we were leaving I kept asking my self: Did we breach social etiquette or did he

It Is Possible to Do Object-Oriented Programming in Java

Kevlin Henney from Curbralan did a nice and entertaining talk about what Object Oriented programming really is. I guess the intermediate classification comes from the rather academic way Kevlin presented the material citing  numerous papers and using “complicated math” to make his points. But it was very entertaining and insightful.

What to Expect from HotRockit

Marcus Hirt from Oracle previously Bea presented essentially some of the nice features of JRockit which are now being merged into Hotspot. This would have been very interesting had I not taken a course on exactly this topic back when it was “just” JRockit. So unfortunately for me this was repetition. But apart from that a nice session and I still think JRockit is awesome! Sadly though mission control will still require a license even after it's migrated over to Hotspot.

We visualized, we saw, we changed

Leonard Axelsson from Mojang did another of the short strange sessions. And since I am into monitoring I had to go. He did a pretty ok introduction to why everyone should monitor and also Graphite. Unfortunately it was again a short session but hopefully he managed to open a few eyes. I have always felt that monitoring is a difficult subject to breach and most companies don’t do it at all. Or to be exact the monitoring department does baseline HW/OS monitoring but no application monitoring.

*This was rated as introduction (|Flicka|) and I would agree with this.*

) instead so I missed it.

I think all in all I did a terrible job selecting session on JFokus. I normally go to monitoring conferences as that is my hobby and there I tend to always learn new things but this was mainly repetition and things I already know. So I often felt I could have stayed at home instead and done something useful. And when it came to “Conferences are all about interaction and Social” I have to say I meet very few people from earlier assignments and such actually. And the once I did meet seemed to have a similar experience so the big question is where was everyone? Of course most people from Mejsla were there and given that I am new there it is always nice to hang out a bit with the co-workers.

But all in all I have to say that with half the session tagged with the sleepy face I felt this was a bit of a waste of time. Hopefully once the recordings are out I will discover some of the interesting sessions I hope I missed.

) and making the intermediate (