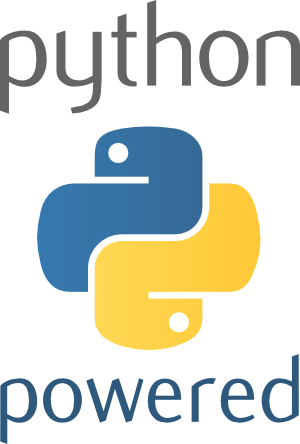 This is a tutorial for how to embed python correctly inside a multi threaded program. Python is a very neat language which is very easy to embed inside C++ thanks to the boost::python library. But there are some crucial parts which is missing from boost:python in regards to how to manage GIL and thread state which I introduce here. Since this is my first C++ tutorial I will include boost:thread as well as a quick hello world application as well.

First I’d thought I d mention that the full source can be found on github https://github.com/mickem/embed_python/.

Then since this is a project which uses CMake figured I would start with a simple Hello World in case you are not familiar with CMake.

First of all CMake is a tool which generates Makefiles similary to automake so the actual build will be performed with normal make. But CMake has the added benefit of being able to also produce build files for Windows (Visual Studio) as well as other tools and build systems. So for me beeing a windows developer automake is not really an option.

The CMake build information resides in files called CMakeLists.txt which you will find in each directory. Now this post is not about CMake so I will not go into details about this but to make sure “CMake” works make sure that the project Hello World builds and works. At the end of the root CMakeList.exe file you can edit which subdirectories are built so if you run into issues feel free to comment out the latter ones to make sure CMake is configured correctly.

If you are on Windows you also need to point CMake to your boost lib and include folder as well as python this is done by setting options:

Looking at the source from Hello World we have two files hello_world.hpp and hello_world.cpp. The first one merely has some defines for this to compile on both windows and linux. The cpp file has the usual “Hello World” sample.

The first real step is to write a simple multi threaded C++ program using boost. This will be in line with keeping it simple so this is a very minimal multi threaded program.

We add a simple background thread and we start that in a series of threads.

The thread has to do some work and for this rather simple sample we simply wait a bit and then log a few messages in a loop.

The other part we need is to start the threads which is done like so:

Now the observing reader will notice that we have replaced *std::cout* with *safe_cout*. This is a rather important step as std::cout is not thread safe!

And this program uses multiple threads which means the console will become gibberish if we do not replace cout with a thread safe alternative. Unfonrtunetly our implementation is rather naïve so each printed chunk will be thread safe but not the entire statements (this as we protect the call to <<). TO work around this I am using a string stream to first construct the string and the just print the output.

To see the code in its entirety go to the git hub project at http://github.com/mickem/embed_python/tree/master/01_threads

Now that we have a working multi threaded program we need to embed python inside the program. Initially we will do so without using the threads. Since I was using boost for threads I will also use boost for Python but this is fairly straight forward so it should be easy enough to adapt without boost. The first step is to expose our interface to the python code. The interface we provide to Python is a function called hello_cpp() contained inside a module called TEST.

Then we also need to load and initialize Python in our main procedure like so. The second function is something generated for us by the BOOST_PYTHON_MODULE macro.

And finally we need to run some Python code I have for simplicity opted to include the actual Python snippet as a string in the C++ code. The other thing we do here (apart from catching exceptions) is to populate a copy of the global dictionary using a copy here is strictly not necessary but normally I allow each script to have its own “context” and then it is required to create isolation.

A final piece of the puzzle is to simply print errors from Python. To do this I have implemented a catch bp::error_already_set for which in turn calls a function print_py_error(); which prints the error to stdout. Unfortunately the error_already_set exception does not out of the box provide information from the Python script so we cant (as we normally do) call the what() member function.

That pretty much sums up our python embedding which is very simple thanks to boost::python. To see the code in its entirety go to the git hub project at http://github.com/mickem/embed_python/tree/master/02_embed_python

Calling into Python from C++ is pretty straight forward as well what we will do here is (again for simplicity) simply call a predefined function called hello_python() from the C++ application. Adding this is very simple we need two things a function exposed in our Python script.

And then we just need to call that function.

Simple enough right? Again much thanks to boost python which makes everything simple and straight forward. I guess the most complicated parts is the error handling

Next up is making this thread safe but first feel free to review the code in its entirty at git hub http://github.com/mickem/embed_python/tree/master/03_python_callins

Python is unfortunately single threaded this means only a single thread (ish) can access python at a given time. To manage this Python has something called GIL: Global Interpreter Lock. This is something we need to acquire when we enter python (and very importantly functions accessing Python state). To manage this we are using a fairly common RAII concept by having a class to manage our state for us.

This function use construction/destruction to manage the state automatically meaning to use this all we need to do is define a variable of this type.

The other thing we need to do is to release the GIL when we no longer need it and I am not referring to after calling into Python (as that is handled by our manager) I mean when Python leaves Python calling in to C++. This means whenever the Python script calls a C++ function (which takes time) we need to hand over GIL to whomever might need it. To help we also have a similar function which does the reverse of the previous function.

Then we need to switch all std::cout to use our safe_cout which we introduced previously.  We also want to change our hello function to actually pretend to do some work.

As you can see we have now added the *release_py_GIL unlocker;* to allow other threads to call into python while we are “working”.

We have also done some minor but significant change in the *call_python* function.

As we now have to aquire the GIL before we can access any Python related functions we need to re-scope our error handling. This is important as if we get a *error_already_set* we still require GIL to retrieve the error message. The simplest way to achieve this is to have nested catches.

The main change from our previous attempt is the rescoping of the error handling (again to accommodate GIL) as well as a very very important often left out piece of the puzzle. Namely releasing GIL!

Once we have initialized Python we leave processing over to our threads (the main thread which now own GIL has no further use for it) so we need to release the GIL which we automatically receive when we start Python. To do this we add the *PyThreadState *state = PyEval_SaveThread();*. The actual value of the save state function is not really necessary as we never intend to reacquire GIL in this thread.

This is pretty much it. We now have a bi directional Python program embedded in our multi threaded C++ program.

The full source can be found on github https://github.com/mickem/embed_python/.

The end of an era: Apoteket!
Efficient Work: Context switching via the Keyboard

It was my birthday earlier this week (Monday the 27:th to be exact) and since my daughter Sofia had her first birthday the 21:th we had a joint celebration over the weekend. Mainly the gifts were targeted at my daughter since I am a bit to old really to get birthday gifts.

But I did get some things and among them one thing really stood out it was a poem written by what is loosely I guess a cousin to our children.

One of the new features of the up-coming NSClient++ 0.4.0 will be Python scripting support. The main reason for me to include Python script (apart from the coolness factor) is to write unit tests. Writing unit test for a monitoring agent with a C++ unit test kit is pretty difficult but more importantly not very productive. The main feature of an agent is to interact with the system and thus you need to know about the system to be able to test it (or mock the system which is tedious at best).