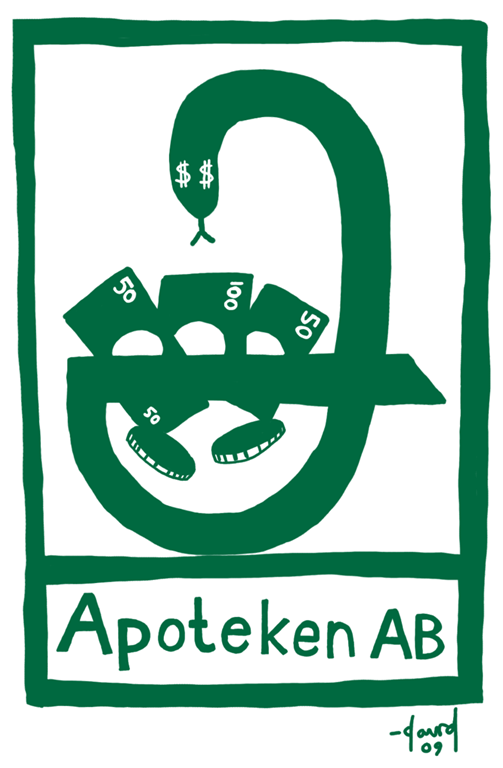 Is it possible to summarizing two years of Apoteket with a handful of music tracks?

Music has always been an important influence to me. I tend to emote strongly by listening to music. Unfortunately emotions are not, for me, really in the public domain so I will probably never share that here.

So what can I do instead?

Well, taking the easy (read ironic) door I decided to list some music which in various ways represents much of what happened at Apoteket. The idea was born really from the first segment as it is a nice mix of “my music” and what I expect would be considered “their music” (With them being the team from Oracle SSI India).

So the most obvious thing I noticed at Apoteket was that it was the first true offshore as well as near shore project for me. We not only had Indians and Polish people in my team we also had a lot of them in other teams which we worked with as well.

For me this was a mixed bag I have met some really really good people with very impressive skills as well as some really terrible ones. But on the whole I think offshoring really is difficult if you are lucky (or perhaps skilled) you will have great success and if you are not: catastrophe.

So which music shall represent India and Offshore then? Well obviously it has to be end.user and Switch a break-core (ish) version of a song from the Bollywood movie Arzoo.

We also had some near shoring but I cant for the life of me find something Polish so I have to skip that one. But speaking of countries apart from India and Poland we also had quite a few other ones represented. A bunch of people from the USA, Some from the Netherlands, yet more from Malaysia and lets not forget our neighbors in Finaland, Norway and Denmark. But perhaps more importantly one Italian guy with whom I worked quite a lot and given that I essentially only know one group from Italy (ish) I guess I am stuck with Klangstabil and one of the few tracks which are (I think) in Italian I will go with perdere per vincere (and no I have no idea at all what the song is about).

Sometimes working with various parts of the various teams and projects at Apoteket I felt pretty much like screaming like the protagonist of this next song: “What do you want from me?” This song will also step up the pace a bit with some solid Norwegian EBM. As for which project and which organization I leave that as an exercise to the reader.

Another word I guess I would use for this whilst keeping the pace is I guess S.K.E.T. since they have an amazing song called Center of Evil but alas that is not to be found on neither Youtube nor Spotify. So instead of the planned social commentary on American foreign policy in the post-911 era we wend up with some political commentary in regards to the American foreign policy in the gulf war called Is the Baby Normal. It is still rock solid power noise though so a feast for the ears!

This could in fact be the longest project ever for me. I have not kept count and possibly SvK and KAII was longer but with close to two year it is by far one of the longest projects for me. And given the some-times rather hectic schedule I felt that the best representation would be Faithless and Insomnia as the Monster Mix clock in at 8:42 but since I got bored with static images I figured I’d go for the music video version instead which is considerably shorter (and not nearly as good).

Then of course we have the fact that we some times cheat when we do AIA and we often make things much much simpler so in that regard we are Rebels right? WHich brings us to the next video. This one is still steady in the electronica genre but perhaps a bit more danceable (though I would probably dance to all of them under the right circumstance). So representing our aprach to AIA: Alice in Videoland (WARNING: Myspace link) We are Rebels. I will not comment on the video suffice to say this is not how it looks when I am out riding the trails… it is how I wish it would look

Alice in Videoland – We are Rebels (ish)

One of the common reoccurring themes of conversation was software piracy (as there seems to be quite a few shady people working for certain companies). Myself I have a rather strict policy in software piracy (especially since I spent a fortune on both movies, music, books and games. I sort of have to defend the expense in some way right?

And the natural song to represent this is of course Weird Al Yankovic and Don’t Download this song. If nothing else both the song and video are epic… EPIC!

So the other aspect of the Apoteket project is I guess my role at Oracle and why I quit. Once I started to ponder this I first went with Grendel and Chemical + Circuitry mainly due to the intro which is from A Scanner Darkly. But then a though struck me, almost an old classic, Banished from Hocico. Or perhaps even Wounds. But for me Banished has always been one of the best song from Hocico. It really has the pure darkness, rage and desperation which only Hocico can manifest.

This section is dedicated to Oracles amazing Departure Plan (or lack there of) after I handed in my resignation (I actually notified them more then a month prior to handing in my resignation). Their general policy was pretty much that of a ostrich: “Lets not tell Apoteket and hope they will not notice it”. This was never really a big problem for me (and I wont inflate my self worth my saying that it was a big deal for Apoteket either) but I would have felt happier with a slightly better handover to “Henrik Brokvist” whom they found in the last few days. But I feel pretty comfortable leaving them in his very capable hands. So which song do we get? Well felt it was time to switch genre a bit and thus I will go with Soilwork and Departure Plan.

And so now we are need something to finish it all of right? Something epic something of a statement… maybe even leaving on a positive note?

I would like to finish then by saying this has been one of the most fun projects – period! And I can but hope that I will again work with such crafty and ingenious people with such a good team spirit and such grand goals, such … perfection lacking a better description. So that’s pretty much leaves us with some nice trance from one of the best DJs: DJ Tiësto (WARNING Annoying background music). I was aiming for Love Comes again but I felt that was a bit too much so instead we end up with Forver Today.